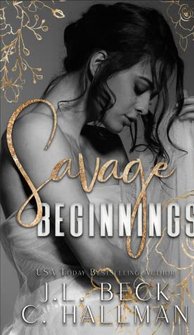 Billed as a Moretti crime family book number one, this is also a one off read so does not leave you hanging and needing to read book two for resolution, as so many book series do.

I had never read a Mafia dark romance book, read the blurb and wondered what it would be like to be in the head of a woman forced into the ‘ownership’ of a Mafia boss.

This, I thought would be an interesting insight for a female reader so even more interesting for me, a male reader. As an author, I'm interested in how women portray men in novels, how men portray women and how both gengers criticise the other for not understanding. For this reason, straight after this novel, I read Decadent Deception by Dakota Skye.

Without spoiler, because it is reveled in the first chapter,  Elena is the daughter of a mafia boss who has huge debts so she is sold to Julian, another mafia boss. we obviously expect her to fight against being owned and how she will cope. What I didn’t expect was Elena to already have the shackles of ownership from an overbearing and over protective father and so her attitude seems to be, ah well, I havce a new owner.

First person narrative with the two characters taking alternate chapters shows each character’s growth, life changes and mis-interpretations. Looking at the two writer’s Goodreads Author Profiles shows them both to be female so there goes my theory of the partnership being male/female and taking a chapter each.

I learned a lot, which was my primary reason for reading the book, but also enjoyed a thoroughly good read. I didn’t relate to the all-powerful Julian, I’m not that sort of bloke, but I could relate to Elena’s position and know that a female reader could sink into her head far more comfortably. Presumably that reader would not be owned and would therefore have to suspend belief into a fantasy life.

I guess there’s a case for calling this a psychological drama but readers have shelved it, in descending order, on Romance, Dark, Contemporary and adult so who am I to argue.