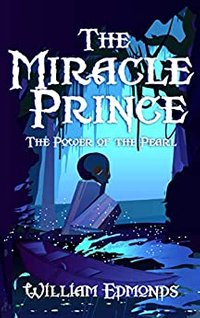 Book One - The Power Of The Pearl.

So engrossing I read it in two days. A record for me.

I never read other reviews when starting a book recommended to me by a friend so was unaware of some of the excellent comments that have gone before and so not influenced by them.

Obviously, with a magical fantasy novel, a suspension of belief is required and I found that the author was skilled in his craft to the point of making me feel like a young thirteen-year-old teenager again (oh if only) and I became Alaric, the main point of view character. Young adult females may associate themselves with Lucy.

I mentioned it being a magical fantasy in my eyes, I can expand on that slightly with a flavouring of steampunk (tail coats and swords) and also epic quest as the heroes have a task to complete. In fact, this novel has a bit of everything to suit all tastes. The world that the author conjures is an alternative universe, on our planet, where technology is started, passed on to our ‘ordinary world’ and, in the eyes of the people of this world, ruined to the point where they choose to stay behind, technologically, and there we have the flavour of steampunk again.

“The Nephilim—we invent the telephone,” he said as he hammered his fist down onto his desk, “we introduce it into the Main World. Perfectly functional. But no, the Ordinaries insist on pouring their resources into producing things like this.” He snatched the smartphone Carlos Belmonte (who’d also been raised in the Main World) was playing with under his desk. Carlos froze in shock. “What do they gain? A more expensive phone that runs out of power quickly.”

Having finished the novel and looked at other reviews I see comparisons with Harry Potter. I guess all YA fantasy novels involve the characters going to school as they are aged thirteen or so, the comparison being inevitable. I’m sure the author will be pleased to be mentioned in any comparison.

Five stars and I have pre-ordered the second part.