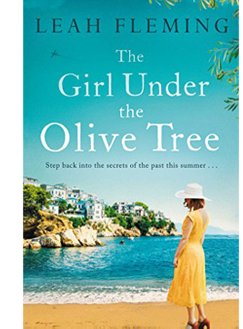 A must read novel for anyone interested in or sitting on a beach anywhere in Greece or elsewhere in the Med, enjoying sunshine and bright colours but unaware of the C20th history of Greece. I will explain why below.

A novel suggested by my wife – we each have a Kindle on the same account so can share books – we love Greece and have experienced many of the smaller islands and she thought this novel set on the large island of Crete would interest me.
On starting I read through the index and to my horror there were lots of dates jumping around everywhere. I screamed “You know I’m an idiot that can’t follow a book that leaps about in time” but she assured me I would be okay. I was okay. It bounces between present day (well 2001) and the pre- war and war years. Present day is narrated by an old main character in the first person with her reminiscence sometimes going into third person. The forties are all in third person and if I could follow that then anyone can.

Something personal to me and my reading-mind perhaps is the fact that when reading a wartime Greek book (there have been a couple) my head is always in a space where we are on a family holiday in sunny summer Greece with all its bright and vibrant colours and then visit one of the many small war museums where photographs are in black and white, drained of colour and that beach that you sat on earlier in the day is shown covered in rolls of barbed wire. Difficult to believe that it is the same place and this novel had the same effect on me. My comment at the top of this piece about it being a must read is because this novel fills in all the gaps between the bright colours and the black and white photos. It makes it real; it makes you understand what it was like to be on Crete at that time like no history book could. Leah Fleming captures the time, the characters and the place and makes you believe you are there.

There is nothing unusual perhaps about a rich girl striking out on her own, defying parents and moving to Athens. We know from the start which way the story will go as the opening prologue-ish chapter is the very end of the story where she is on Crete during the war. I detected a love story theme going on throughout (I am perceptive for a bloke) so I dived onto Goodreads at that point to see if most of the reviews were by women to find that the vast majority are. They shouldn’t be. This is a novel to suit all. If you read this novel and enjoy it and are female then you could pass it to any male friend and explain that it is a war story with a slight love angle (sorry about the gender stereotyping.)

One thing I did enjoy over other novels of similar time span (Captain Corelli’s Mandolin?) was the fact that there was no ‘this is how nice it was before the war and now here we are in the war’ and instead we have a build up towards hostilities and learn how tensions increased and the wait for hostilities was a long one in some parts of Europe.

I recommend the novel and would suggest it would be good background reading for anyone studying 20th century history. Obviously not fact but gives a flavour.