Click on any of the thirteen Author Stephenson Holt covers  to go to its individual page for free written chapters, or you can use the menu function above.

To read honest, unpaid for book reviews, click on "Reviews" in the main header above. 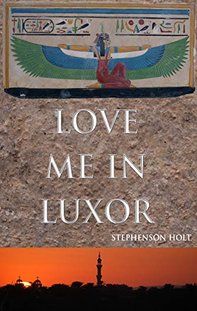 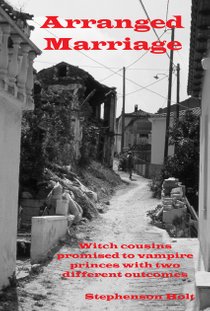 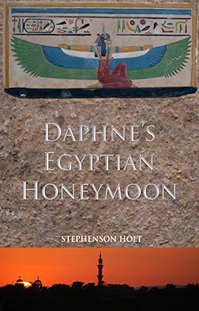 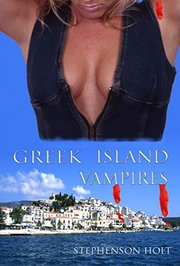 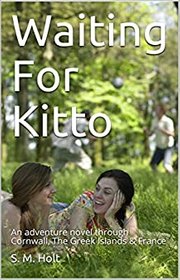 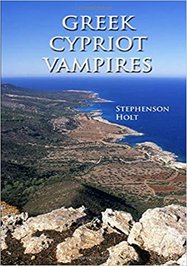 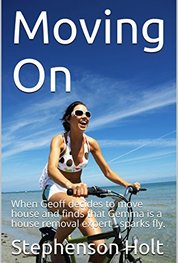 Stephenson Holt is a published author of fiction with female characters that are strong and take lead roles.  A trilogy (Waiting For Kitto, Kitto's Angels and Behind Greek Doors) can all be read as seperate entities or as the good value trilogy eBook  Three Girls Trilogy  and these novels accompany three other stand-alone novels; The Tenhouse Girl, Moving On and the steampunk version of Romeo And Juliet.

A series of Vampire Romance novels, that are different to the normal bloodthirsty titles in the genre. Greek Island Vampires, Greek Mainland Vampires and Greek Cypriot Vampires have already been published while follow ups are due to be published in the near future.

A Duology; Love Me In Luxor and Daphne's Egyptian Honeymoon are novels that almost share the same time period and see a  story of 1920s emancipation from the standpoint of two different women.

In a different genre, young cousins Janice and Shelagh, witches who can read possible futures, battle vampires using a boy  they both fancy caled Daniel in the novel A Boy For Two Witches and now  the sequel Arranged Marriage is getting good reviews. Look out for the "In Edit" The High Heel Revenge Pack featuring daughters of Janice and Shelagh - Skye and Monique now in their thirties and combatting evil and then, later, a follow up novel where their friend, Pamela, is kidnapped.

Stephenson Holt is an author that physically writes between 5am and 8am each morning, leaving that word-painting to sketch and dream for the rest of the day. Sometimes he returns into normality but not for long periods. For most of his life he is constructing one novel while sketching the next novel – it keeps the mind fresh.

His favourite sketch and dream places are;-

Lying on a beach listening to the waves.

A favourite armchair in the conservatory with heavy rain on the roof.

Laying in a hot bath staring at a tiled wall.

Sitting next to a canal where he used to fish as a boy.

That chair in the corner of the greenhouse, shielded from the sun by that grapevine and looking out at the olive tree, full of bird feeders.

Gardening with a corner of his eye on the sparrow returning to the nest in the eaves above him and imagining he’s the sparrow looking down on himself.

When stuck for inspiration he will;-

Listen to an episode of “The Invisible College” a series of ten minute podcasts from BBC Radio 4 that sit nicely on an iPod.

Listen to a three album collection converted to CD of Jack Kerouac reciting and backed by either piano or saxophone. Including “Poetry For The Beat Generation” and “American Haikus.”

Fight like a superhero bad-guy with a  young  grandson.

Walk in the hills near his home without bumping into anyone else.