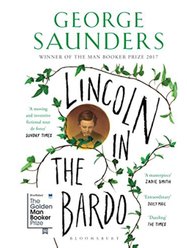 I see from the dates given on Goodreads that it took me a month, off and on, to finish this book. This wasn't because I wasn't enjoying the ghostly muttering between characters, neither was it to do with the historical background and well researched quotes and scraps from letters and books. No, I enjoyed all that and yet one thing held me back from continually picking the book up (on an iPad Kindle app.)

It was the fact that, to avoid the book appearing to be a play, the speaker's name was posted after their spoken piece. Okay in small sentences but a problem with longer pieces. Because I read a character with a distinctive voice in my head I found myself turning the page, finding out who was about to speak, turning back the page and then reading.
I found this an irritation and if the book hadn't been so well written then I may well have given up. As it was I found the theme to be new and exciting and the writing excellent which pushed my rating all the way up to four stars.

I've since read someone else's review that stated that they had the audio book and thoroughly enjoyed it. I can't really comment as I've not listened to it but would guess that the female narrator would flip a page, see who was speaking and come back to use that voice. The sample on Amazon is short and contains no ghostly voices but, same problem again, you are not sure where the voice is coming from as there are extracts from documents/newspapers that you only find out are such after the piece has been read.