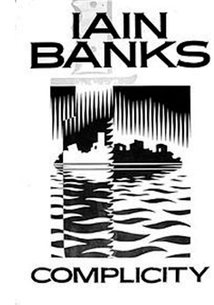 Written more along the lines of Espedair Street than any other of Banks' novels and yet in a completely different genre - if that can possibly make sense. The character is a normal, local Scot (as Espedair Street) Cameron Colley, a journalist on a local paper. Being tipped off about a huge (in reporting terms) conspiracy, he has to investigate to his utmost ability while keeping ahead of his computer games also. At the same time the author takes you through a number of sinister murders and you know that the two story lines will come together but not how or when. Banks gets into the mind of Cameron Colley and knows that he has the ability to get you into that mind also. His ability to involve the reader through his characters is well proven and in this novel he progresses that process by making the reader part of the plot. He involves you to the point of speaking in the second person, involving you to the point that you are the murderer:-

"You hear their footsteps on the pavement. The skin on your forehead prickles beneath the balaclava. He lets go of the woman's elbow, switches the briefcase to his other hand and reaches into a trouser pocket. They are halfway up the steps. You start to panic and stare at the heavy chain hanging at the side of the door by the bulky Chubb."

The hero has to solve all the puzzles in the book by using his memory of friends and childhood. This novel is up to the usual Banks standard and is probably among the more accessible.