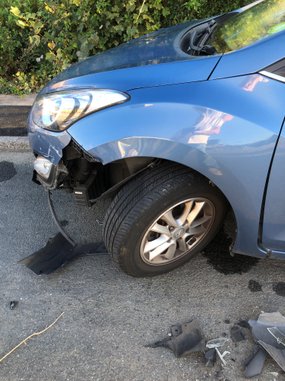 Well, a difficult October and that's ignoring Covvid-19 and its implications to normal life.  While laying in bed, early one morning, we heard a loud bang, looked out the window to see an unknown car having ploughed into my car and watched him drive off as if nothing had happened. My car was later written off as unrepairable.

Luckily we have a fantastic Neighbourhood Watch system with cameras everywhere (3 on our house) and a Number Plate Recognition camera at the end of the street.

Long story short, the police contacted the driver, suggested he may wish to return to the scene and offer his insurance documents and we have a new car arriving this Friday.

On the writing front, my work in progress is getting complicated and I have to keep going back to a huge spreadsheet to see who knew what and when. "Skye's Limit" is a follow up to "A  Boy For Two  Witch Girls" and involves Skye and Monique  (witches) having arranged marriages with two vampire princes and the way they manage that in completely different ways.

The novel is becoming political and looks at Vampire standards towards women and how that may not be that different to the human or witch world. I will update on progress as and when.